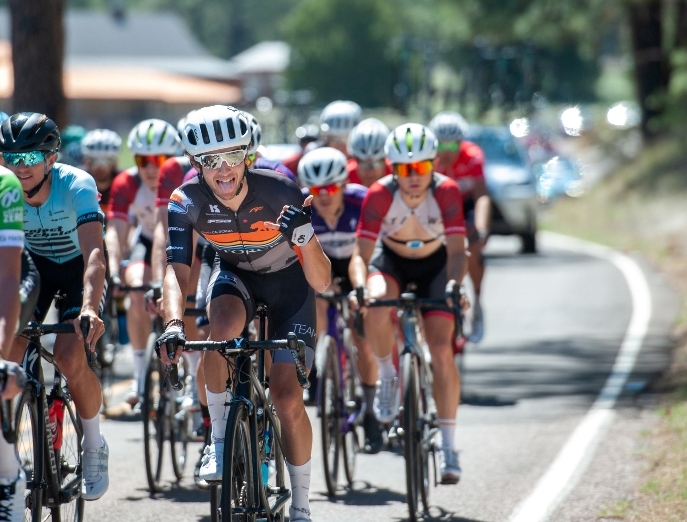 Photo: Tour of the Gila

Pacific Cycling Centre coached athlete Alex Amiri will be racing for Team California in 2020, a Domestic Elite Cycling Team based in Northern California. Amiri rode with them for a short time earlier this year taking a podium spot at the Cascade Classic and riding in the Tour of Gila.

Team California races at the highest level in UCI and Pro Road Tour events. “Alex has a lot of experience on the road. He took a major step forward this year and matured as a rider. His aggressive racing nature found him in positions to win races and I think that next year he will have some breakout rides,” said Team Director Karl Carlsen.

Amiri is looking forward to the coming year: “It was a pleasure to ride for Team California this year. After strong rides with the guys at both Cascades Classic and Tour of the Gila, I’m super excited for what’s to come this next year.”

Team California focuses on U23 and U25 riders. Managing director AJ Kennedy realized the need for a transition program for young riders leaving the junior ranks and moving up to the elite level. From 2013 he created an initial squad and built a core group of riders that became the foundation for adding young talent. From 2014 through 2016, a number of riders were added to the roster with the goal of reaching the highest level – the Pro Road Tour and UCI invitation races. In 2017 the team became Team California with a focus on continuing to build the program.

“I believe it’s important for young riders to develop strong relationships and respect for each other,” said Kennedy. “I have learned that for these young adults, building friendships within the team structure helps give the riders a focus. When a rider has focus, they are much more apt to learn about responsibility, accountability and commitment.”

“Team California has a good platform and will provide opportunities for the riders to race and grow,” said PCC Head Coach, Houshang Amiri. “I believe the team will have more success and become a presence on the North America racing scene in 2020.”