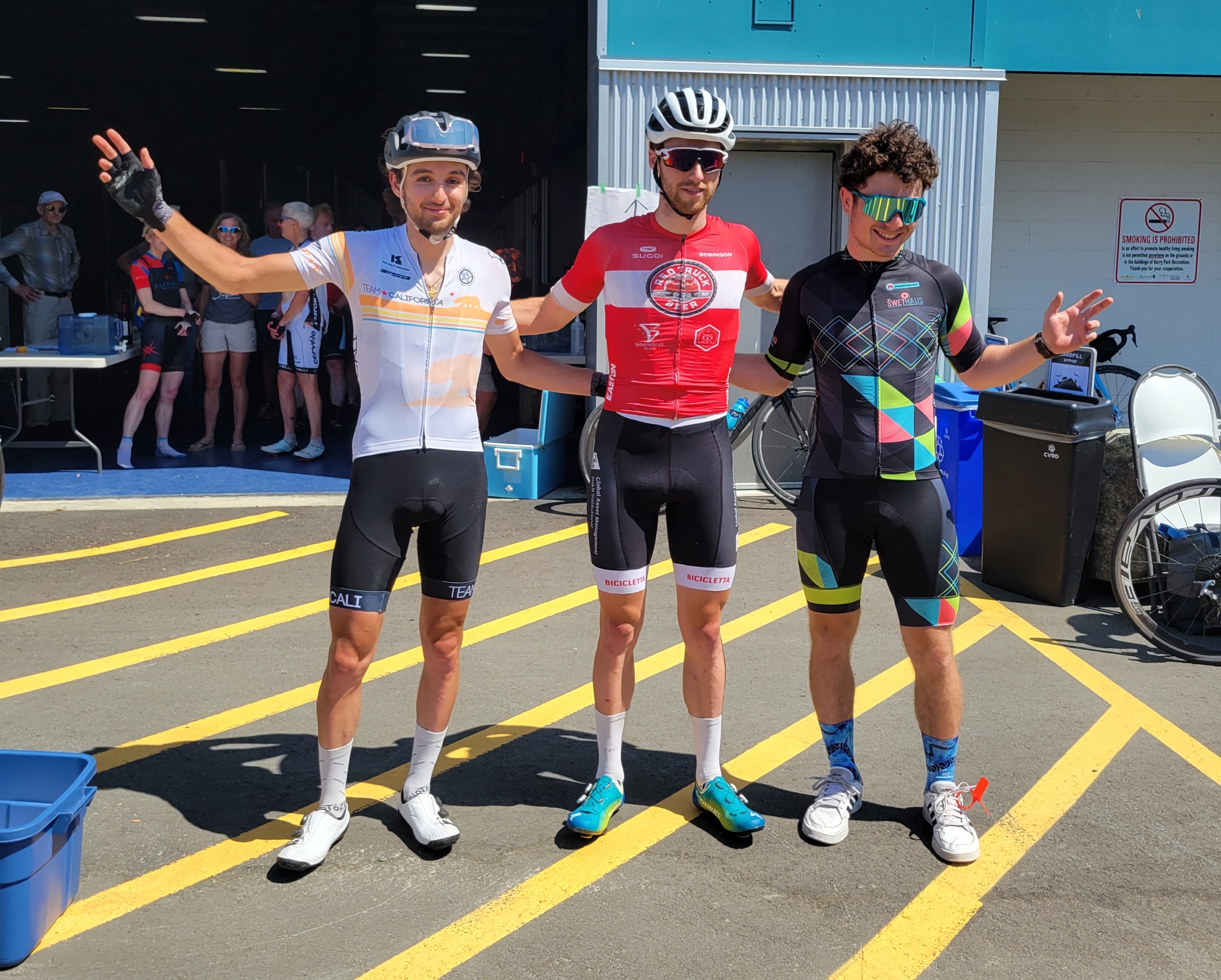 On the podium at the Mill Bay Road Race – Alex Amiri, Alexander Fraser-Maraun and Luke Hubner

After 17 months away from racing PCC athletes are back racing. They pinned on their numbers on Wednesday, July 14th, at the Victoria Cycling League’s first road race, Newton Heights. Alex Amiri took the win in the men’s A category, while Luke Hubner (junior) and Keisha Besler had podium finishes in the B men’s and women’s races.

On Sunday, July 18th, the athletes travelled to Vancouver to race Jeremy’s Roubaix, where Chris Macleod finished 4th in the elite men’s field, and Holly Simonson finished 2nd in the elite woman’s race. Back on Vancouver Island the Victoria Cycling League hosted its second race, the Cherry Point Road Race, just north of Victoria where Alex Amiri, Luke Hubner, Keisha Besler had podium finishes in their respective categories after a hard-fought race.

Most recently on July 23rd, 24th, and 25th, the Greater Victoria Velodrome Association hosted Track Fest #1, where Luke Hubner and Caleb Bender podium finished in the A Category. Brenna Pauly, Holly Simonson, and Micaiah Besler had strong showings in the A categories, racing in mixed fields with the men, resulting in Micaiah winning the Points race.  PCC U18 rider Parker Swanstrom also rode well in the A Category field. Keisha finished her first track race in 2nd place in a mixed (men and women) B Category Omnium. 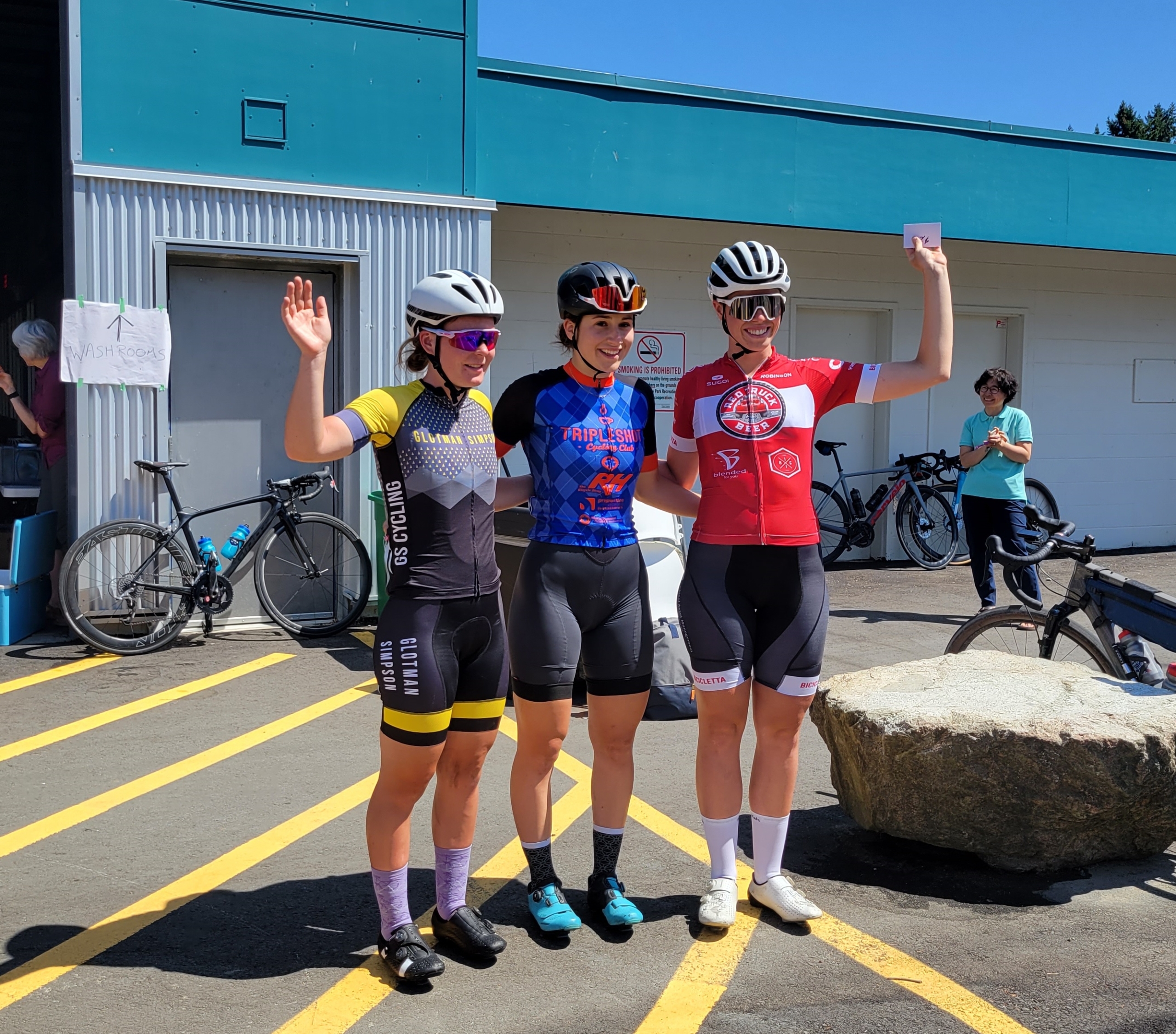 The Victoria Cycling League hosted their third and fourth races of the season with the Windsor Park Criterium on July 24th and the Mill Bay Road Race on July 25th. With PCC athletes competing at Track Fest on the 24th only Chris Macleod attended the Windsor Park Criterium supporting his Trek Red Truck team mate to third place. The Following day PCC athletes came out in force to the Mill Bay Road Race. Alex,  Luke, Keisha, and Holly podium finished in their category after another hard road race, with Luke finishing third in the A category.

While the local races were happening, two PCC athletes Holly Henry and Zoe Saccio were racing in Intelligentsia Cup in Chicago from July 16 – 25.

The rest of the Victoria Cycling League calendar and host clubs is as follows:

Also on Tuesdays are the weekly Time Trials hosted by the Sidney Velo Cycling Club.

“All PCC athletes are excited racing has started again and look forward to gaining their race fitness and skills that have been so dearly missed over the last year and a half,” said PCC Head Coach, Houshang Amiri.

The Cycling BC Provincial Championships will be back this year after having to cancel in 2020. Up first are the road championships in the Frazer Valley on August 7th and 8th.