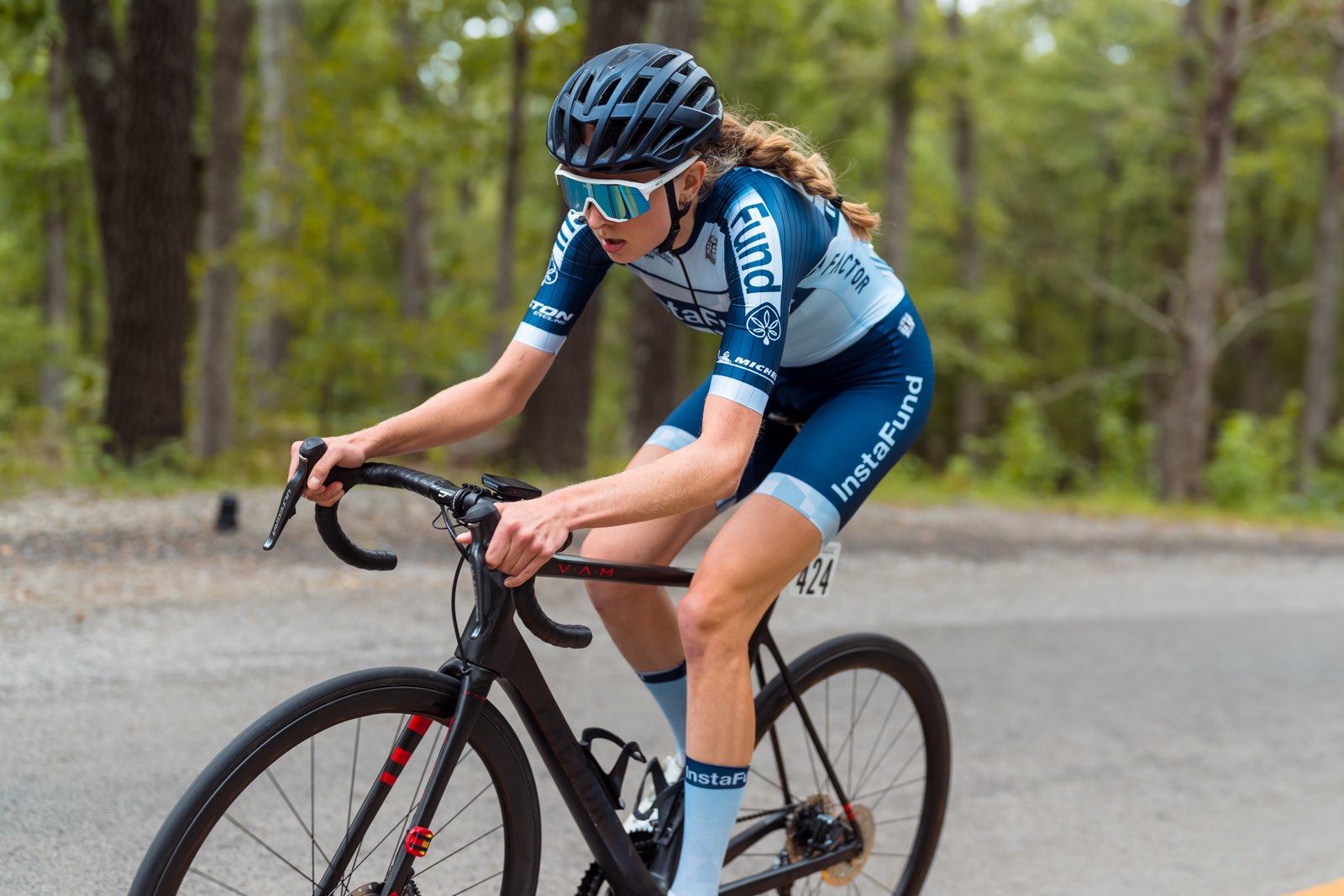 PCC’s Holly Henry has just returned from Europe where she has been competing with her team, InstaFund.

Holly signed with InstaFund Racing early in the season competing in early July in the Boise Twilight Criterium in Boise, Idaho. She then went on to race in the Intelligentsia Cup in Chicago. This was a series of nine criteriums from July 16 to 25th which proved a great race experience for her.

In early August Holly based herself in Boulder, Colorado in preparation for the Joe Martin stage UCI America Tour, Category 2 race taking place in Fayetteville, Arkansas from August 26-29th. “This was the first UCI race for Holly giving her valuable experience in a competitive environment,” said PCC Head Coach Houshang Amiri.

The day after the Joe Martin Tour Holly then traveled to Spain for the Ceratizit Challenge by La Vuelta taking place from September 2-5th. This was the first race where the best in world, top pro teams and world champions were present. “Holly was competitive during this stage and pulled a very good performance considering there was no rest between two stage races, she had done a lot of traveling and there were COVID restrictions to follow,” said Amiri.

Holly has arrived back in Canada and is preparing to race at the Canadian Road Nationals from September 10-12th.

“This was a tight schedule for Holly and her team, however given COVID circumstances and the limited access to racing there were some great opportunities,” added Amiri. “I knew Holly was ready for these races and when there is an opportunity to compete she will always do well.”

With so many races cancelled in 2020 and this year, some up and coming athletes were affected. “Racing is an important part of an athlete’s development and competing can provide invaluable experience and can often be a bridge to moving up to the next level,” said Amiri.