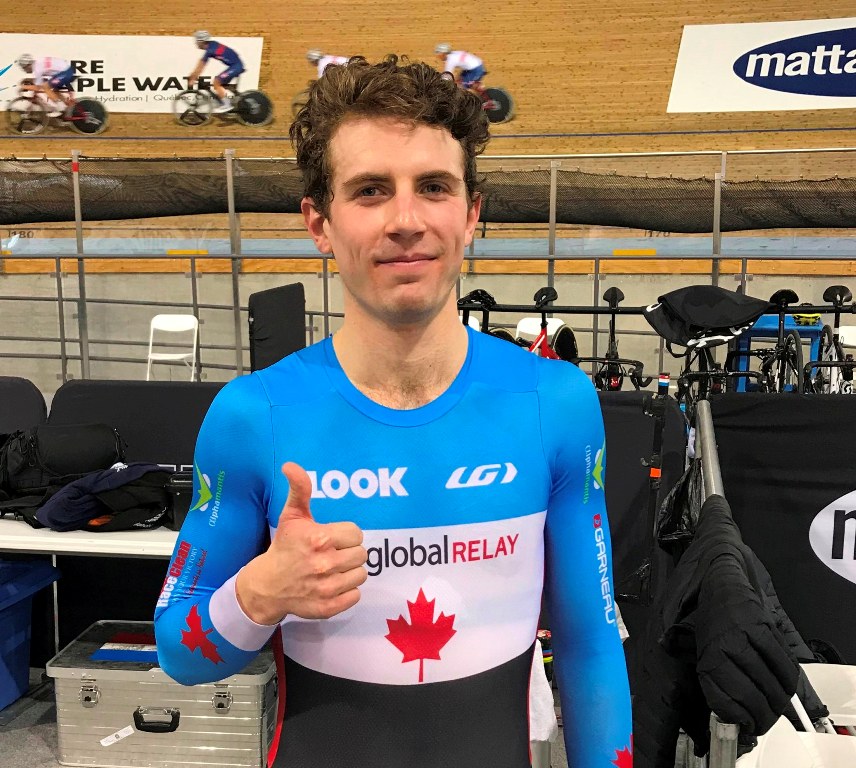 PCC athlete Amiel Flett-Brown is competing at the World Cup Track Championships in Milton this weekend. He was selected after his solid performances at the Canadian Track Nationals. He has been training at Milton for the last four weeks in preparation for the Team Pursuit.

“As well as Team Pursuit, I’ve also been selected as Omnium spare, which came as a pretty cool surprise as I had not prepared or expected the role,” Amiel said.

“Having coached Amiel for the last two years he has shown his skill as a rider and can adapt to any situation,” said PCC Head Coach Houshang Amiri. “We wish a very best for Amiel and all his teammates”.