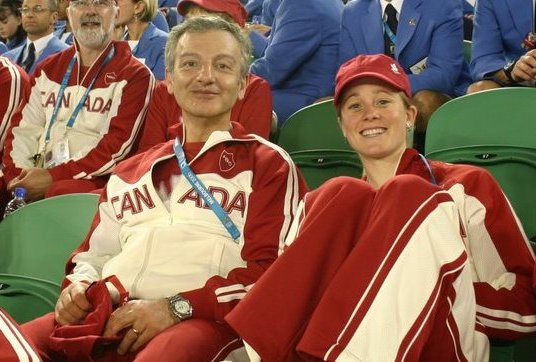 Q & A with Houshang Amiri

The camp was a pilot project with the objective of introducing elite level programming coaching services to U23 athletes, while exploring opportunities on how to work with local organizations within the community.

This camp was fully funded by 94 Forward with Tripleshot Cycling handling the administration and inviting riders to the camp. 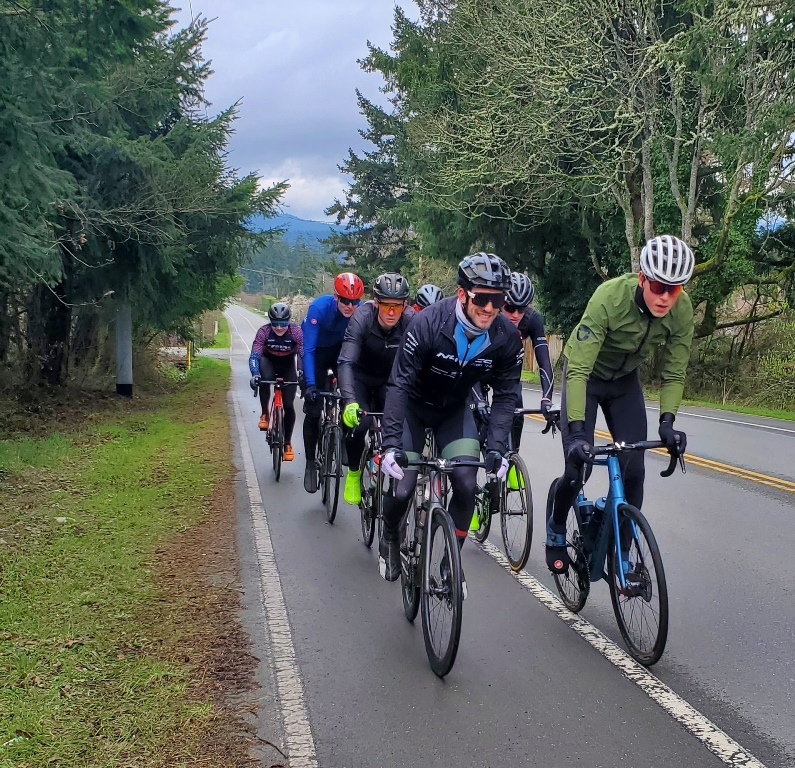 Nine riders attended the camp, which created an opportunity and knowledge base for U23 cyclists with goals of attaining national team status. Participants were provided with basic tools which were utilized with the objective of improving their overall performance.

The riders met at Commonwealth Pool in Victoria, the home of 94 Forward and Pacific Cycling Centre. A three-four-hour training ride was preceded by a short presentation and then followed by lunch at Kattia’s Kitchen Café at Saanich Commonwealth Place. 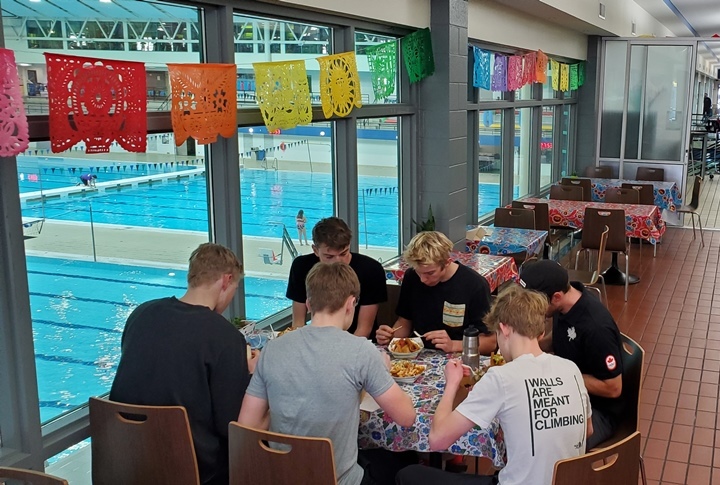 In the afternoon there was a training, endurance knowledge presentation by Houshang Amiri, including guest speakers Olympians Peter Disera, Jay Lamoureux and John McMillan President of 94 Forward.

“This was a great opportunity for the athletes not only to experience an elite level of coaching, but also to collaborate with community organizations, “says, Houshang Amiri.

Pacific Cycling Centre (PCC) was established in 2009 after the disestablishment of the National Cycling Centre (1998-2009), which was a legacy of the 1994 Victoria Commonwealth Games. PCC offers many elite, performance-based programs as well as development and training camps working in and for our community. We work Canada-wide assisting with coach education / athlete development, and since 2010 have introduced an online coaching system working globally with athletes. We have advanced many athletes to National and professional teams many of whom now work as community leaders and coaches. 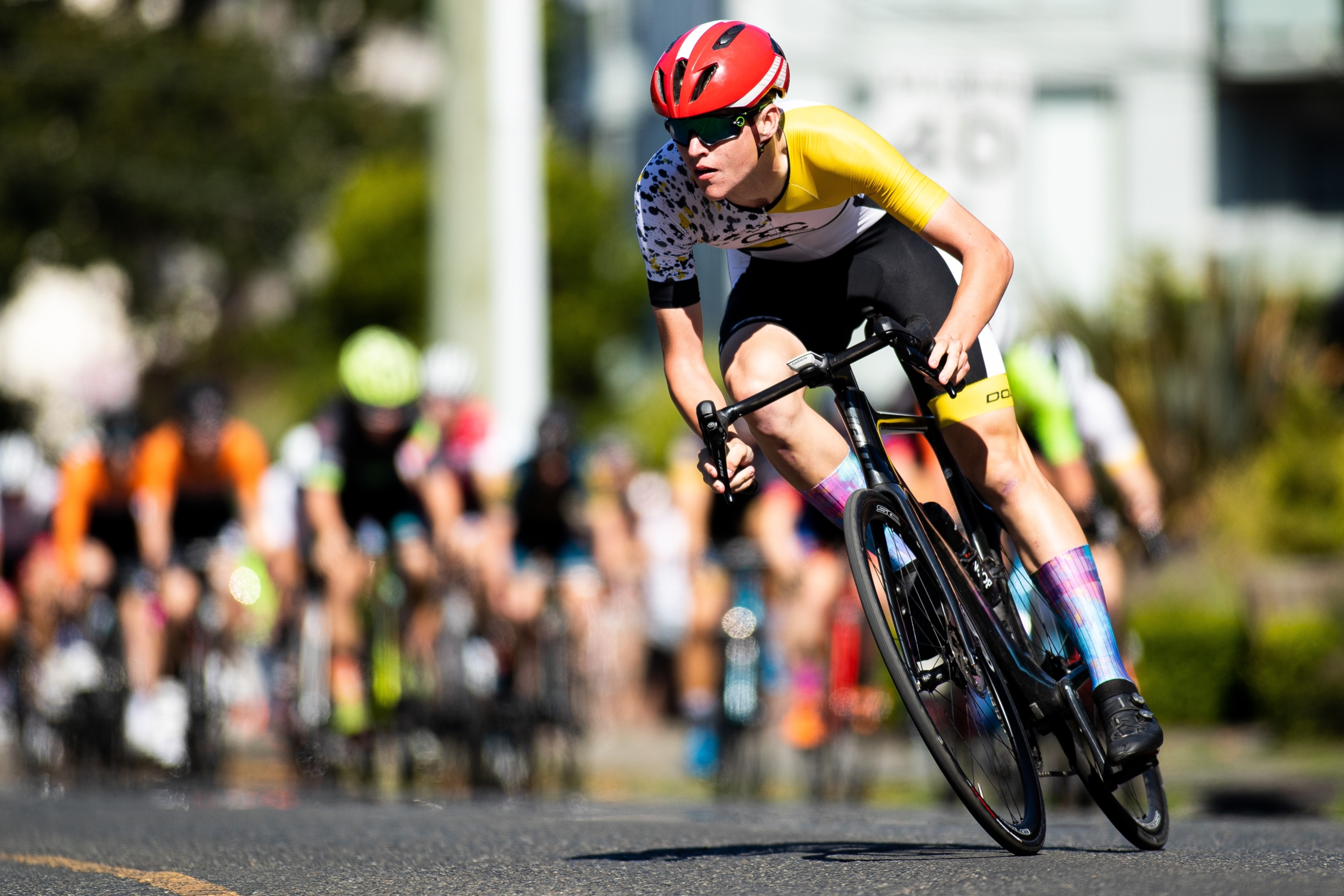 Tripleshot Cycling in partnership with 94Forward invite applications from U23 / development level road riders to attend a three-session coached clinic focused on developing road skills and fitness in advance of the upcoming road season. The clinic days are part of a pilot project for services and programs for u23 / development level riders aiming for national teams. The sessions will be held in the Victoria area.

In addition to great coaching from former National Team coach Houshang Amiri and Pete Disera, Olympian, each selected athlete will receive a $500 honorarium from 94Forward.

Up to 5 male and 5 female developmental athletes may be selected.

How to Apply: Apply by sending a cover letter (email) setting out how such a clinic could assist you with your 2022 goals and confirming that your current coach and/or club is supportive of your attendance. Please note that in light of the current public health emergency only fully vaccinated athletes will be able to participate.

Applications will be accepted by email to development.tripleshot@gmail.com until 4:00 PM on Friday, February 18th.

Selected athletes will be notified by email and by notice published on the Tripleshot website. 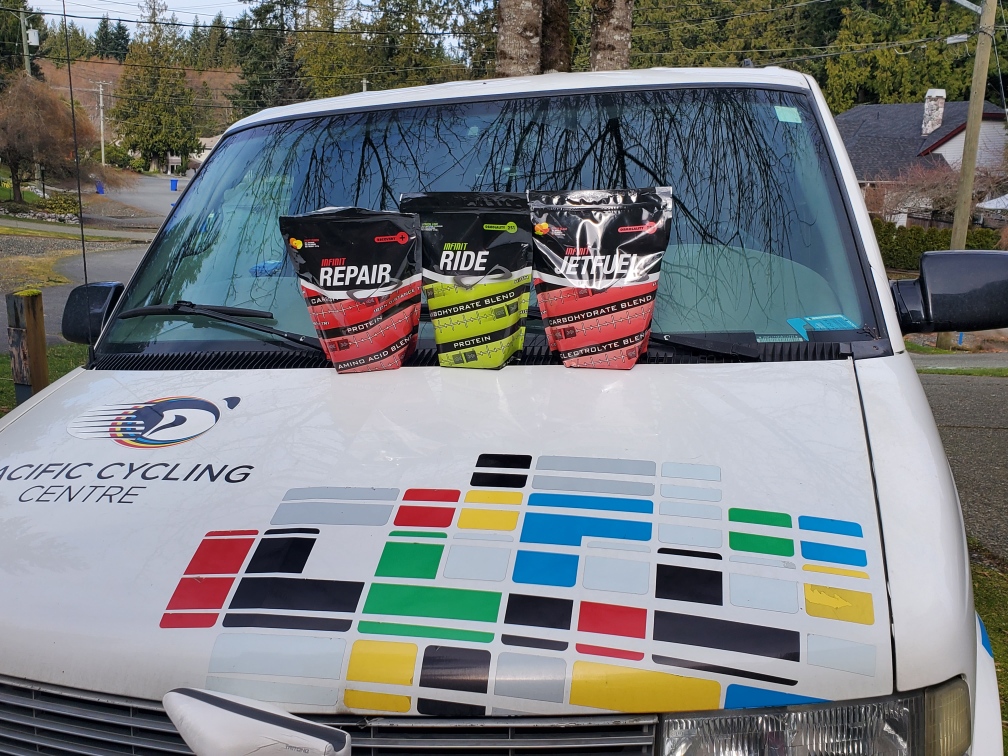 PCC athletes will continue to be fueled by Infinit into 2022. The Canadian-based nutrition company has renewed its partnership with PCC for a third year. Luke Hubner takes his nutrition seriously and uses Infinit Ride in his drinks. “If I have it I can always keep going way longer than I would expect.” He takes Infinit on his long rides: “I don’t think I can make it through without it.” Parker Swanstrom also uses Ride to avoid that ‘bonking’ feeling, but also likes other Infinit products. “Jet Fuel is perfect for the track and shorter road events as it helps me activate my system for shorter hard efforts. Then for recovery Repair mix is a good thing for me to drink post effort to help save the system for more race days or just general recovery.” 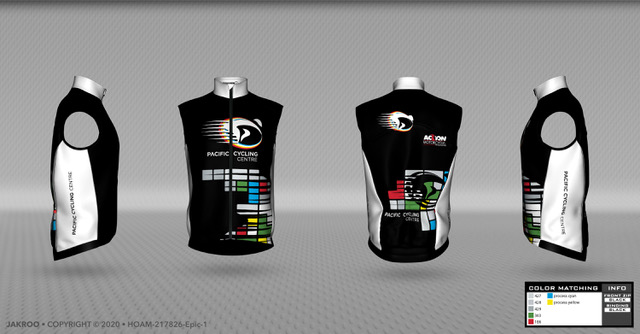 Pacific Cycling Centre is offering purchase options for its team training kit in time for the Christmas Season. Designed by Jakroo Canada the kit features a cycling jersey, thermal jersey, pro bib shorts, wind vest, arm warmers, leg warmers and a neck wrap. Prices are discounted by 20% but the more orders placed the bigger the discount. Order must be placed by November 28 for estimated delivery of December 13. 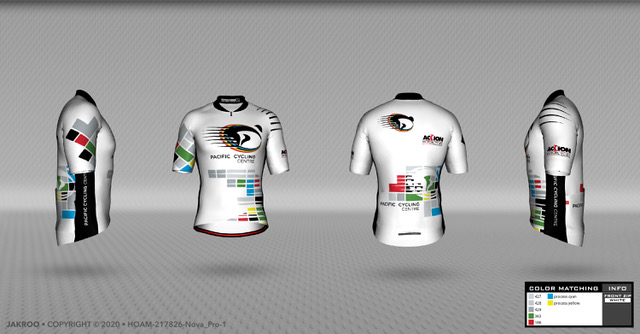 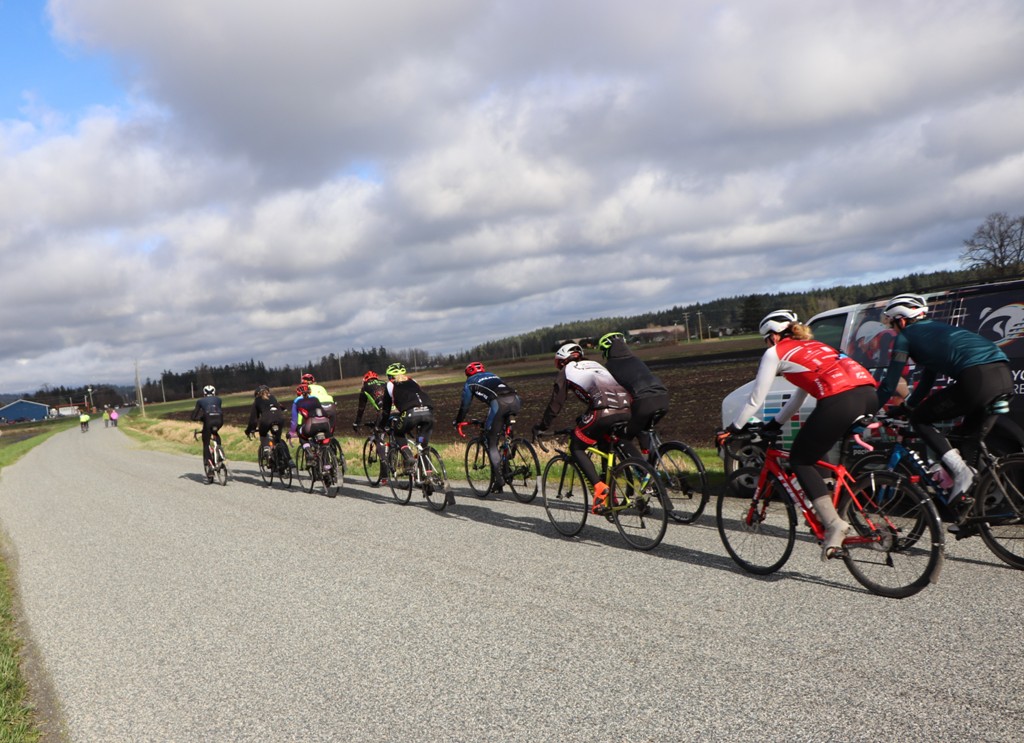 Despite COVID-19, last season was a success for PCC coached athletes, many achieving high-end personal bests resulting in podium performances, and signed contracts with trade and professional teams.

The new 2021-2022 program will identify a group of athletes who are committed to hard work, and who are willing to develop their potential to progress to the next level and eventually to elite status through PCC’s training system.

“Our goal at PCC is to create a stress free and balanced environment where athletes can enjoy riding as they learn all the necessary skills both on and off the bike while improving their fitness,” said PCC Head Coach, Houshang Amiri.  “Our high-performance training program will challenge our athletes and create an opportunity for them to learn and progress in a group setting which will stimulate them to improve. This creates a very exciting opportunity for the next generation of upcoming cyclists.”

The athletes training will be based on Cycling Canada’s Long Term Athletic Development (LTAD) model at the Train-to-Train, Train-to-Compete, Learn-To-Win and Train-To-Win levels.  Athletes from road, track and mountain bike will be accepted into the program, and will have access to the highest quality professional coaching and training in a peer group setting, training camps, regular physiological testing, mentorship opportunities with Olympians and pros

PCC is following the guidelines on COVOD-19 as outlined by the BC Provincial Health Office, ViaSport and Cycling BC.

Interested athletes can send a race CV and cover letter to info@pacificcyclingcentre.ca 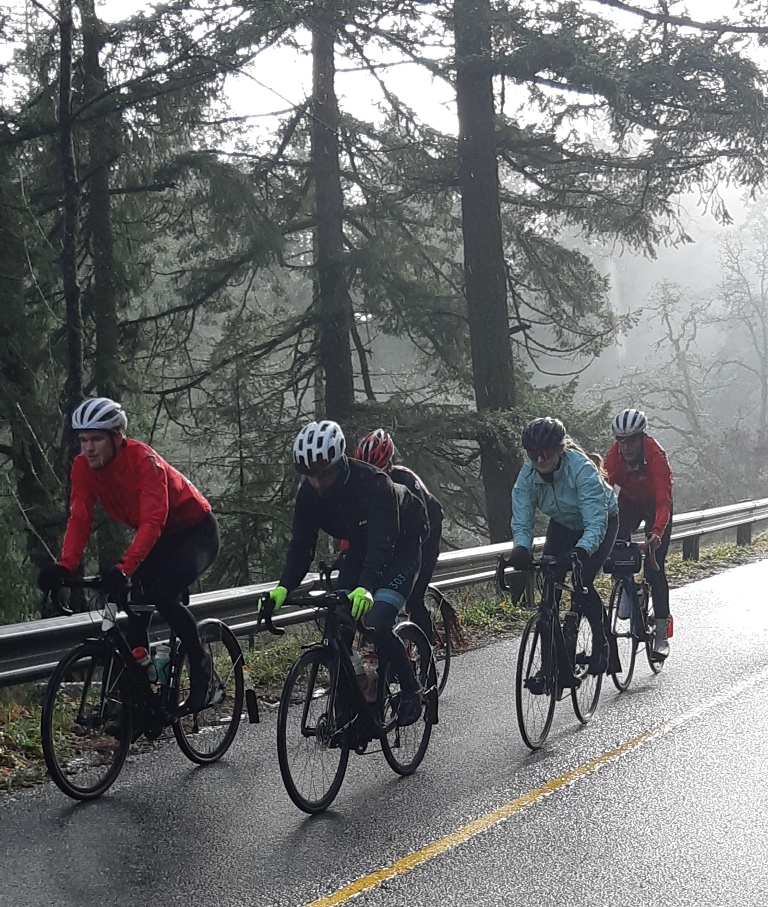 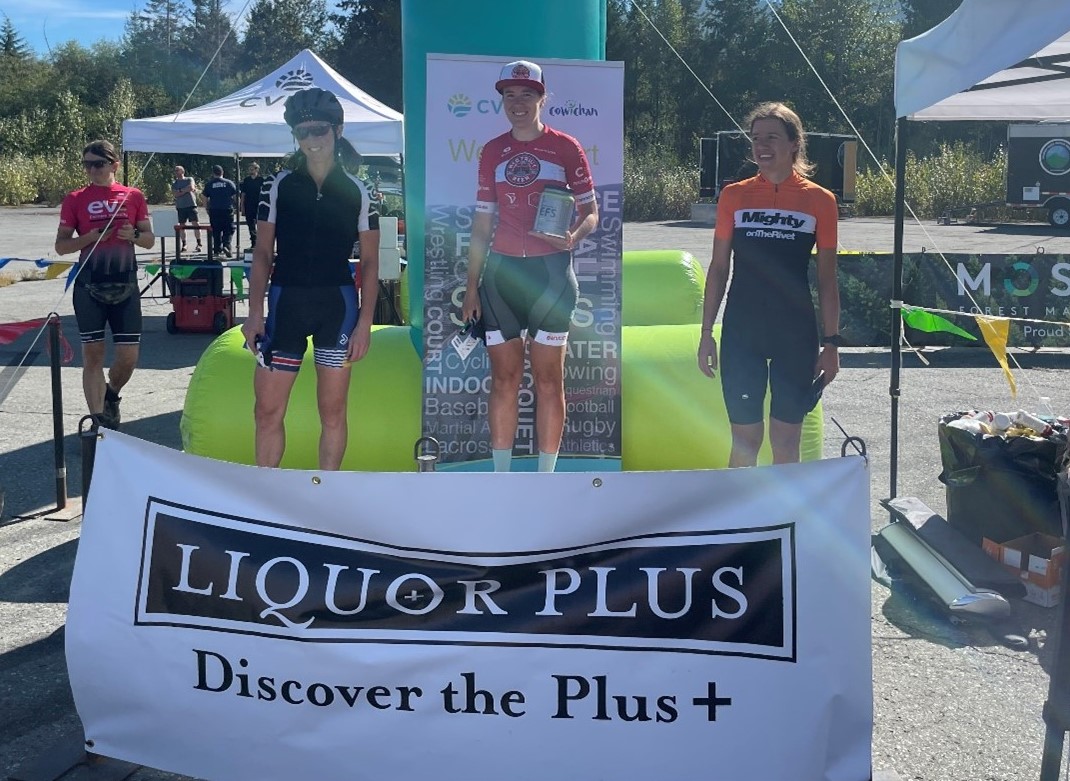 Brenna Pauly (centre) on the podium

I have done a lot of gravel riding where the Burnt Bridge Classic is located but had never done a couple of the climbs there. Five kilometres into the race we hit the first major climb and I decided to ride tempo up the climb. I ended up riding away from the group and kept the momentum over the climb.

The course offered lots of variety of terrain and beautiful scenery which I was able to take in. I set a steady pace, passing riders that started in the earlier categories. With 15 kilometres to go there was a steep loose climb and rocky decent that was the last technical part of the race before six kilometres of rail trail to finish. After 70 kilometres of solo riding, I crossed the finish line winning the women’s race.  It was a great day of racing for all, with many smiling faces crossing the finishing line! 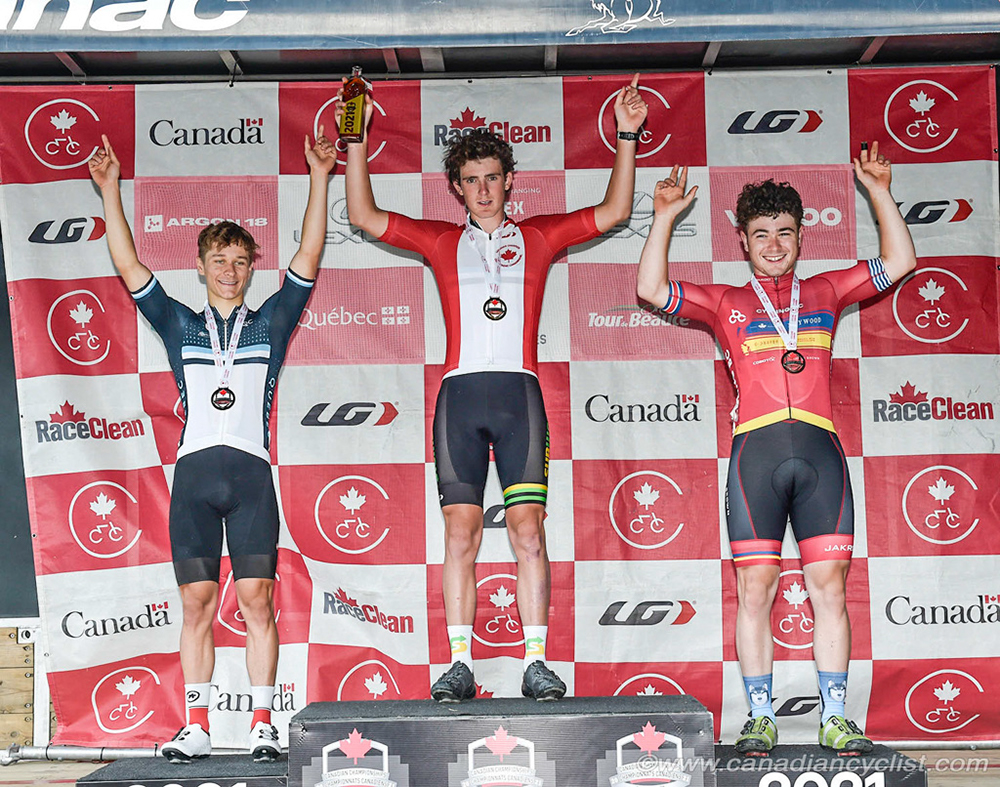 For many athletes this was the first time they had competed in a provincial or national race in two years because of COVID. This proved to be a great chance to race with some pros who came back from Europe to race.

In the Junior road race Luke Hubner took the bronze medal – the first of three podium finishes for BC riders.

“This was a great learning experience for Luke, and it was a chance to race with riders from all over Canada,” said PCC head coach Houshang Amiri.

In the women’s elite race Holly Henry was in lead group but in a key moment of the race she suffered a mechanical issue shifting gears and had to abandon the race. Holly Simonson and Brenna Pauly finished in the middle of the pack. 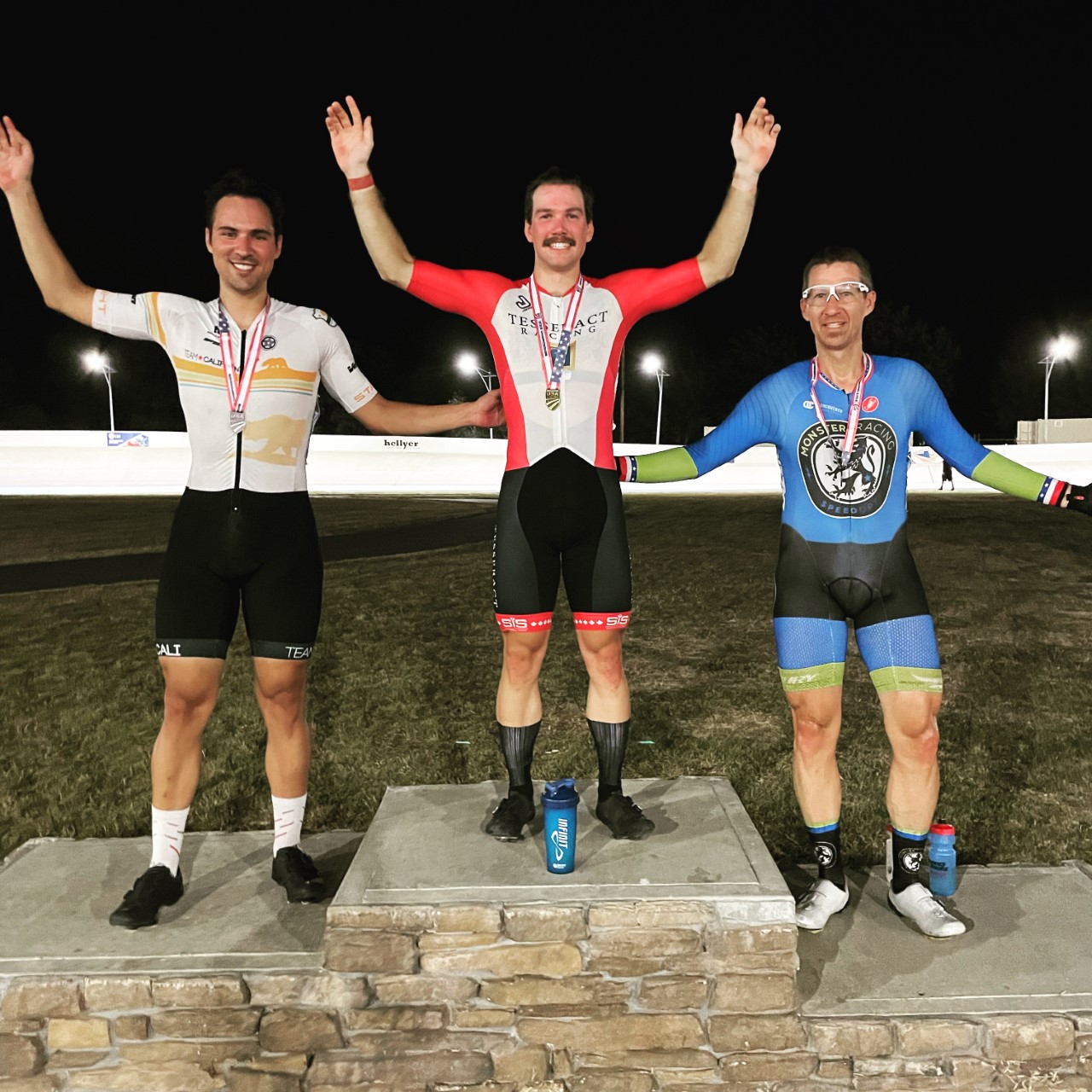 Tom (centre) on the podium at the Districts Points Race

PCC coached athlete, Tom Perkins from San Francisco explains how he had to change his goals in light of the pandemic while still maintaining his training and racing schedule.

Starting the 2021 season was a very slow process. After a year with no racing due to COVID-19, there was not a lot of confirmation as to how much racing would be available for the year. Once events were confirmed, goals had to be adapted. The mid-season goal was to be contesting top 10 positions in road and track events. This meant not only building and maintaining my endurance but also my ability to sprint. As the season moved forward, goals changed again from winning omniums to preparing for Canadian Nationals in January 2022. There is still time to prepare for the nationals and my goal is still to be in the top 10 at events.

At the onset I had a lot of anxiety not knowing how I would handle race situations. At the first road race of the year (Copperopolis) I started feeling very nervous, and during the longer climb I was distanced off the back. I chased on through the flat sector but could not close the gap once the second climb began. It was not a good start to the year, but there was a lot that I could learn from it. Coming into the track season in the middle of June, I was unsure how the first racing would go. At the end of the first night, I was back at Wednesday Night Racing and finished third in the omnium. This provided a massive boost of confidence heading into the following races. 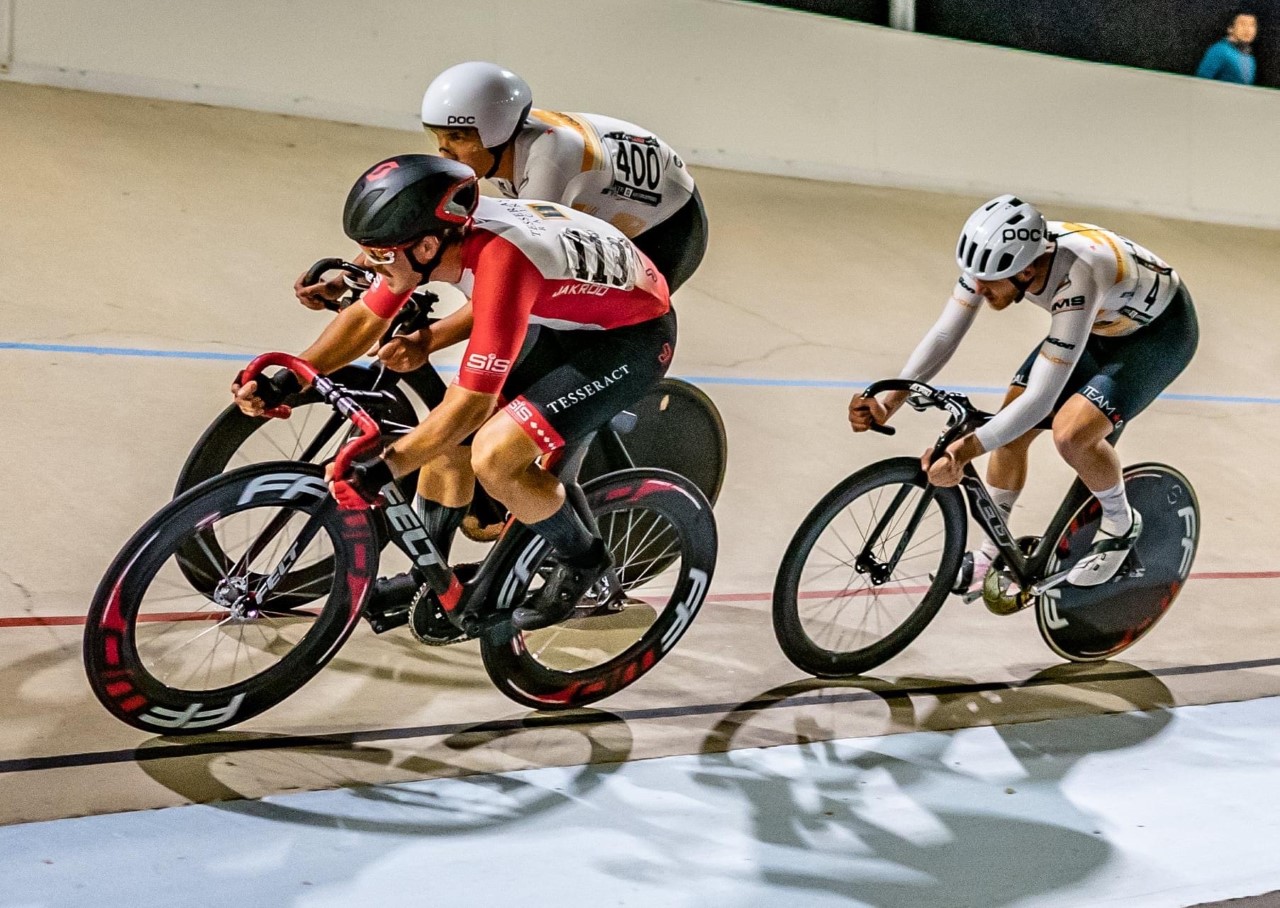 While training and racing have been going well this year, it hasn’t been without issues. The past year and half there have been injuries, smoke from nearby fires, and the ongoing pandemic. I have been lucky that most injuries were minor and/or allowed me to keep training, but they still take a toll. Smoke from fires across California made it hard to ride outdoors, and in some cases would cause my rides to either be indoors or canceled. 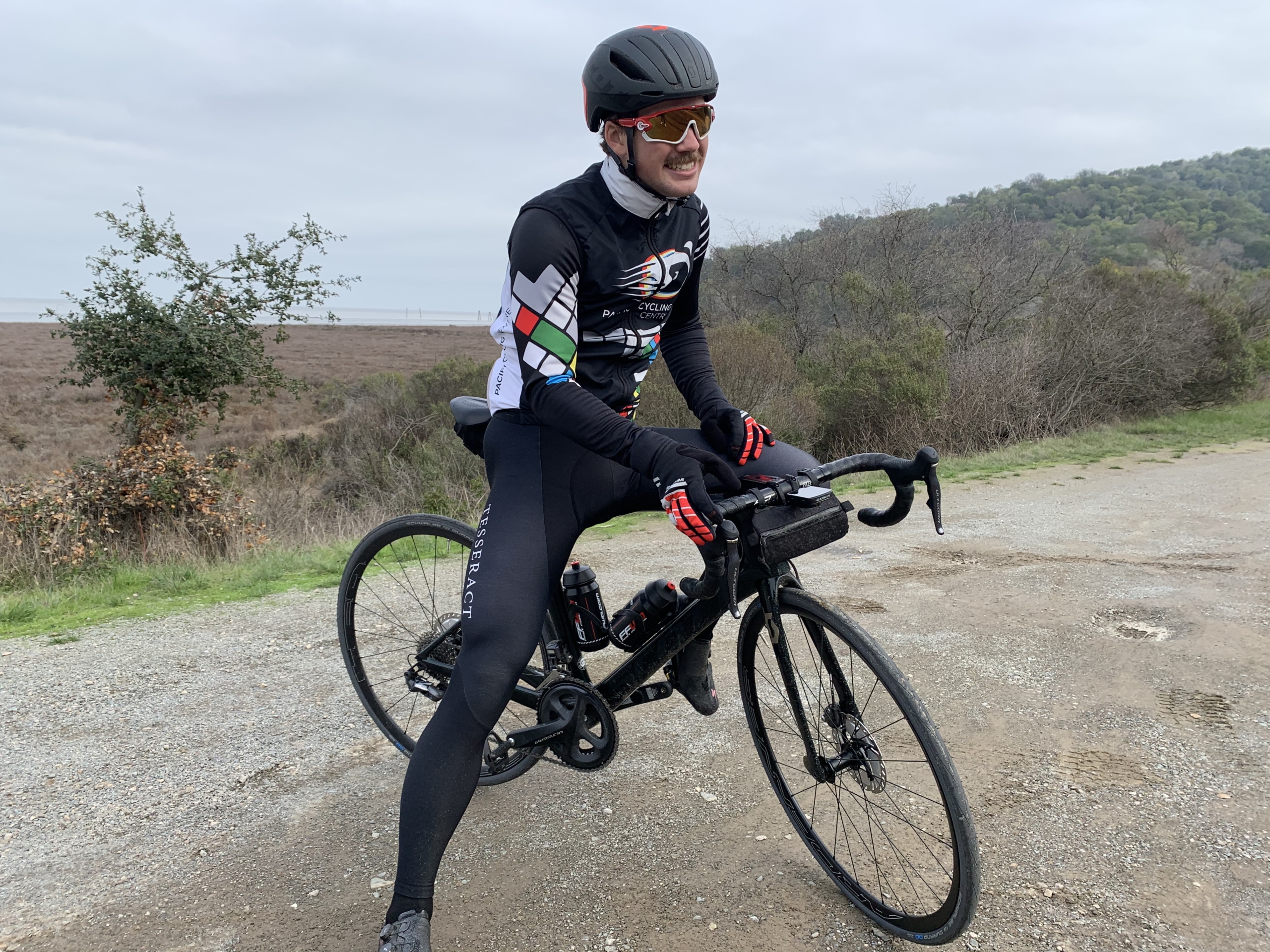 At the 2021 Sunrise to Sunset race

I still have some racing left in this year, which means my season report will be updated with results as time goes on. So far, I sit second in the overall series at Hellyer for Wednesday Night Racing, have had a top 10 and a top 5 at Road Races. My next upcoming races are the Madison State Championships are on September 15th, and Criterium State Championships are on the 26th.