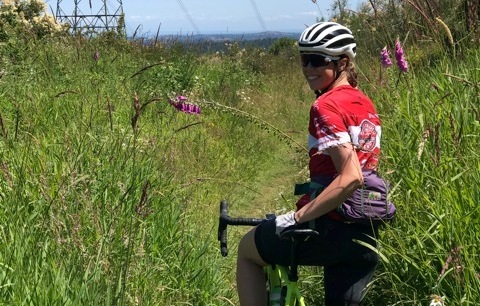 PCC athlete Holly Simonson had some major goals for the 2020 season. Instead the 2019 U23 Provincial Road Champion took advantage of the down time to ride with friends and take on a few challenges.

Over the past four months, athletes (and everyone else around the globe) have had to adapt to new protocols and challenges. It is hard to reflect upon this experience concisely because of the significant ups and downs the past months of training have brought. Pre-pandemic, I was extremely motivated for the 2020 season. Being my last year in the U23 ranks, I had my eye on the maple leaf jersey at the Canadian Road Championships as well as goals for podiums at BC Super Week and Track Nationals. Needless to say, I was itching to get back out there with my teammates. 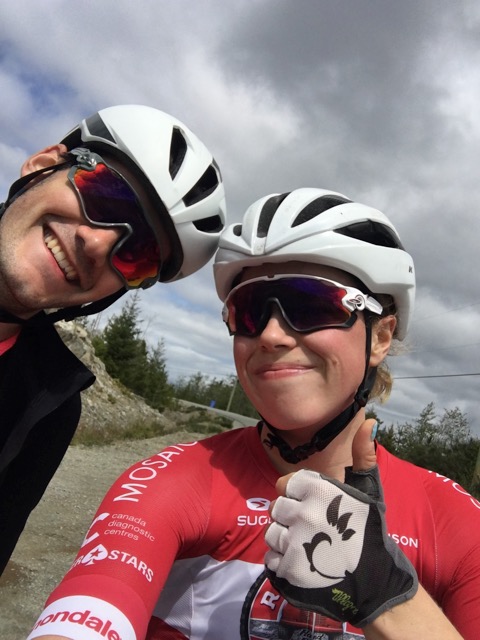 When the event cancellations began, I was just a couple weeks out from my team’s training camp in California. The camp would have been followed by the start of our season, including the Redlands Bicycle Classic where I was all set to race with a composite team. In the beginning, it was disbelief that swept over me, followed by the disappointment. We all felt this. Anyone with a goal centred around an event this year felt it. The Olympic athletes set to head to Tokyo certainly felt it more than I did.

Once I accepted that the season was really fading into nothing, I had to adjust my outlook. My coach, Houshang Amiri really helped me with this. He reminded me that this time can be used to improve upon things we would not usually get the chance to work on in-season. So, even though I haven’t been able to line up with my teammates and get those results I was hoping for, I have still grown stronger this year than I have ever been. Seeing that progression has been motivating for me.

One thing that has helped motivate me along the way is doing semi-regular 20min TT tests up at Goldstream Heights, a climb near Shawnigan Lake with about 300m elevation gain. It is fun to try and beat your previous time and power numbers. Admittedly, there were times where the motivation to ride has been much lower than it usually is. I really love racing my bike. Normally, I love the training too, but half of that is because it lets me perform at races. There were days where heading out for a long endurance ride on my own just didn’t feel fun or worth it. There were days when the weight of other stresses took my energy, and I had to learn how to be gracious with myself about missing a ride. Something I am still working on is not overthinking about what others are up to. Yes, it can be motivating to see those around you doing all this training, but if you get too much in the mode of comparing, it won’t do you any good.

During the past couple of months, I took part in a mentorship program put together by the Athlete’s Council. In one of the Zoom meetings, we heard from and ask questions to Tara Whitten. Something that really struck me from our talk was how her training only worked when she was in tune with her body. To be able to listen to your body and do right by it is super hard, but I think it is something I have got better at this year. Part of this requires not comparing how much riding you are doing with how much others are doing. Not everyone reacts the same to the same training. I think knowing this will help me as I continue working towards my goals; having Houshang be such a trusting coach has also been a big part of this learning development. Of course, he knows when to push you, but he also listens and trusts when you need it. 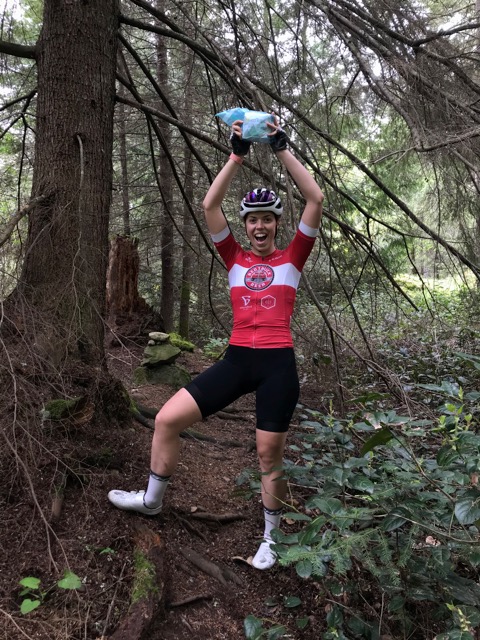 Now, back to the fun stuff. It has been great to get to ride with some teammates and friends again recently as things started to open up in BC. I really love long rides with good company, especially if the day includes exploring new roads and a top-notch snack stop along the way. When things were really tightened up, and no group riding was allowed, I was super fortunate to have my partner Colin and my family in my COVID bubble (built-in riding buddies). Having a few more people to ride with now is something I won’t take for granted ever again. Getting to soak in all the beautiful riding that the lower island has to offer has been really special, and getting to do it in the spring and summer months is unusual for me.

Another thing that was really fun was taking part in Rob Britton/The Last Ride BC’s weekly coffee hunt. At the start of each of the six weeks, a Strava segment was posted and somewhere along the segment (of mostly trail) a bag of Eleven Speed Coffee was hidden. The final challenge was a one-day ride where you had to connect all of the segments together. This was a really fun adventure, and it was cool to see all the people in the Victoria bike community who took part, as well as the local businesses who provided support.

This time away from racing has made me feel lost, has made me question my identity outside of sport, and has brought on all sorts of other emotions. But it has also made me sure of how much I want to keep racing my bike and how cycling can be a part of regular life, used as a tool for fun, for adventure, for mental and physical health, and to push your limits. I am so excited to push my limits this summer, notably when I set out for “the big loop” ride (a 260km loop of the lower island) along with some other PCC athletes and Red Truck Racing teammates. 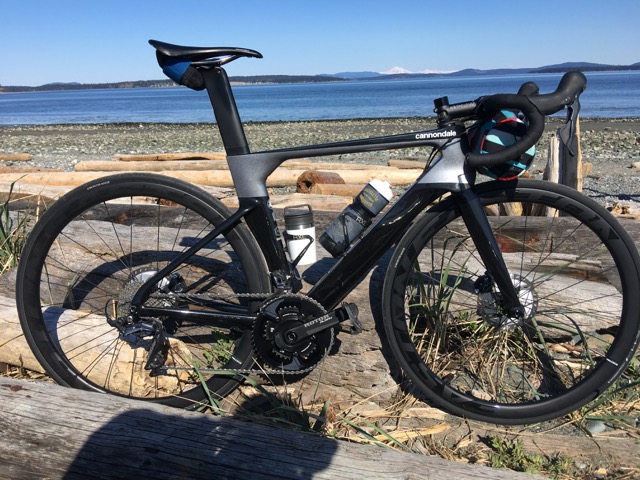